A sedentary lifestyle and your brain

Sedentary lifestyles increase all causes of mortality, double the risk of cardiovascular diseases, diabetes, and obesity, and increase the risks of colon cancer, high blood pressure, osteoporosis, lipid disorders, depression and anxiety. According to WHO, 60 to 85% of people in the world—from both developed and developing countries—lead sedentary lifestyles, making it one of the more serious public health problems of our time. It is estimated that nearly two-thirds of children are also insufficiently active, with serious implications for their future health. 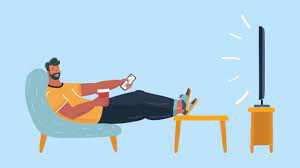 Recent evidence is also showing that a lifestyle of inactivity can also have negative effects on our brain, both in terms of physical changes as well as cognitive changes.

Dementia, which is an umbrella term for conditions characterized by cognitive decline, is a growing global health issue. Combined projections from a meta-analysis predict that global dementia prevalence will double every 20 years. Dementia prevalence also represents a huge global economic cost, estimated to be US $604 billion in 2010. Strategies that can delay or prevent dementia are urgently needed given the burden it places on individuals, families, and the wider community. It has been estimated that if interventions could delay by 1 year the onset of Alzheimer's disease, the main cause of dementia worldwide, compared with no change in onset, there would be 11.8 million fewer cases of the disease by 2050.

Numerous studies have looked at the relationship between a sedentary lifestyle and cognitive levels:

The researchers found that sedentary behavior is a significant predictor of thinning of the medial temporal lobe and that physical activity, even at high levels, is insufficient to offset the harmful effects of sitting for extended periods. Medial temporal lobe thinning can be a precursor to cognitive decline and dementia in middle-aged and older adults.

The study indicated a relatively sedentary person who engaged in minimal exercise and watched a high amount of television was two times more likely than an active peer to perform poorly on cognitive tests in midlife. Those results suggest a sedentary lifestyle in young adulthood may have an impact on the risk of developing dementia in later life.

For their study, Heisz and colleagues set out to investigate the association between physical activity and dementia risk among older adults with and without the APOE e4 gene.

The researchers came to their findings by analyzing the physical activity and dementia development of 1,646 older adults who were part of the Canadian Study of Health and Aging. All participants were free of dementia at study baseline and followed up for around 5 years.

According to the researchers, these findings indicate that a lack of exercise may be just as risky for dementia development than carrying the APOE e4 gene.

The bottom line is that a sedentary lifestyle, which seems to be increasing with the increase in technology, has led up to an increased 30% risk of cognitive decline through direct and indirect methods.